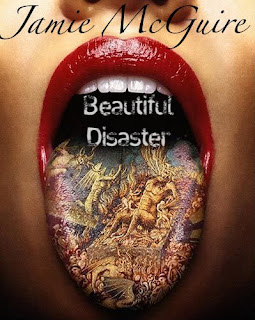 The new Abby Abernathy is a good girl. She doesn’t drink or swear, and she has the appropriate percentage of cardigans in her wardrobe. Abby believes she has enough distance between her and the darkness of her past, but when she arrives at college with her best friend America, her path to a new beginning is quickly challenged by Eastern University’s Walking One-Night Stand.

Travis Maddox, lean, cut, and covered in tattoos, is exactly what Abby needs—and wants—to avoid. He spends his nights winning money in a floating fight ring, and his days as the charming college co-ed. Intrigued by Abby’s resistance to his charms, Travis tricks her into his daily life with a simple bet. If he loses, he must remain abstinent for a month. If Abby loses, she must live in Travis’ apartment for the same amount of time. Either way, Travis has no idea that he has met his match.

I'd been reading a lot about this book lately and people kept talking about how impossible it was to put down, so I decided I had to give it a try. This book was at times cheesy and a little unrealistic, but you know what, I didn't even care. I'm not sure I really believe that a teenage girl would agree to move in with a guy she hardly knows, for an entire month because she lost a bet, but it presented ample opportunity for story twists and lots of sexual tension. I liked the fact that Abby wasn't portrayed as innocent and naive. She definitely had a mind of her own and wasn't afraid to speak it. There are too many female protagonists that are so unaware of the way things happen around them, but Abby had life experience, even if we don't learn about all of it right away. Travis was pretty likable, too, although he couldn't seem to get out of his own way sometimes. His jealousy and anger were a little over the top some of the book, but it helped add in conflict, so everything wasn't puppy and roses for our characters.

The two best friends, America and Shep, were both good characters. America was definitely a good friend to Abby, I mean she picked up and moved to an out of state college for her, but I think sometimes she was a bit of an enabler. Shep was Travis' conscience most of the time, keeping him in line as best he could. I wish we would have had more Finch in the story, we don't really get to know him until later, but he was probably one of my favorites. A lot went down over the course of this book and no matter how silly some of it came across, I had to keep reading to find out how it all ended for these characters. This book is proof that cheesy isn't always a bad thing. Read and enjoy!
Posted by Sarah (The Book Life) at 1:18 PM