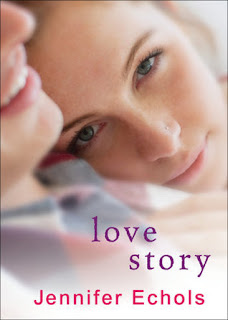 For Erin Blackwell, majoring in creative writing at the New York City college of her dreams is more than a chance to fulfill her ambitions--it's her ticket away from the tragic memories that shadow her family's racehorse farm in Kentucky. But when she refuses to major in business and take over the farm herself someday, her grandmother gives Erin's college tuition and promised inheritance to their maddeningly handsome stable boy, Hunter Allen. Now Erin has to win an internship and work late nights at a coffee shop to make her own dreams a reality. She should despise Hunter . . . so why does he sneak into her thoughts as the hero of her latest writing assignment?

Then, on the day she's sharing that assignment with her class, Hunter walks in. He's joining her class. And after he reads about himself in her story, her private fantasies about him must be painfully clear. She only hopes to persuade him not to reveal her secret to everyone else. But Hunter devises his own creative revenge, writing sexy stories that drive the whole class wild with curiosity and fill Erin's heart with longing. Now she's not just imagining what might have been. She's writing a whole new ending for her romance with Hunter . . . except this story could come true.

I love paranormals and probably read them 2/3rd's of the time, but contemporaries always seem to be the ones I stay up 'til the wee hours finishing. And this one was no different. I absolutely loved 'Going Too Far', but only just liked 'Forget You', so I wasn't sure I would read this one when it came out. After I initially read what it was about, I decided it sounded too good to pass up. I'm glad I didn't. Both Erin and Hunter frustrated me to no end, at some points, I still loved finding out their story. I really liked that we got to read the stories that they were writing for their class. I thought that was a unique touch to the story. I personally don't really know much about horses and even less about horse racing farms, but it was a cool background for our characters. The whole stable boy/heiress taboo relationship reminded me of an old fairytale type story, and I liked that she used that basis to make a modern love story. While the book wrapped up nicely and was ultimately satisfying, I wished there had been just a couple more pages. I could have used a little extra fluffiness at the end, but that's just my girlish need for a sappy, better than real life ending. This story definitely felt realistic. There were some things that did seem a little far fetched, but it is fiction afterall, and the book as a whole felt like it could possibly happen to someone.

I think my favorite character had to be Summer. She was so sweet and naive and I was always charmed when she was present on the page. I wished we could have gotten to know Manohar a little better. He had moments of real humanity and compassion, which makes you think there had to be a reason he acted like an ass so much of the time. I liked both main characters, but they were both so ridiculous and stupid most of the time. If they just stopped and paid attention once in a while, they never would have caused themselves all of those problems. Of course without a little angst, it wouldn't have been a very entertaining story. The story ended with hope and a smile, and I'll choose to believe it all works out the way my fairytale brain imagined it to :0)
Posted by Sarah (The Book Life) at 8:00 AM