Book Piles and Random Musings is a weekly/bi-weekly post where I will share all of the books I've gotten and it's the one regular post where I will talk about non book-related things. Sometimes just some things I'm loving, other times little tidbits about me! It'll be random, whenever I've got a pile I want to share or non-bookish things I'm dying to talk about. I claim no originality here, it is inspired by all of the other people who have come up with various mailbox/non-bookish posts out in the blogosphere :0)

It seems I've developed an addiction to signed books. I went to a signing in Miami and the bookstore had a whole bunch of signed books on their shelves, from previous signings. So I ended up spending way more money then I was planning, but they are so pretty! Also, Angie @ Beneath the Jacket works at a bookstore in CA and they had an awesome contemp author event, so I called up and ordered signed books from there! 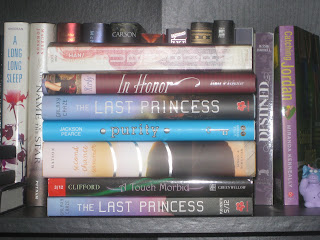 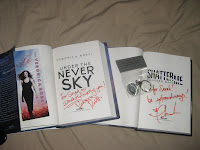 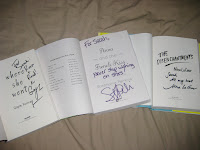 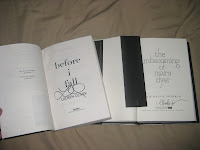 For Review:
"Burn for Burn" by Jenny Han & Siobhan Vivian
"In Honor" by Jessi Kirby (Literally jumped all over the place after opening this!)
"The Last Princess" by Galaxy Craze
"My Life Next Door" by Huntly Fitzpatrick (ZOMG! I'm almost done & it's amazing)
"Meant to Be" by Lauren Morrill
"Something Like Normal" by Trish Doller (Already read! So good! Going to reread soon!)
"Love and Other Perishable Items" by Laura Buzo

"Purity" by Jackson Pearce
"A Touch Morbid" by Leah Clifford
"The Last Princess" by Galaxy Craze (I swapped for this one and the day after it arrived, the finished copy arrived from Hachette, so you know what that means...)

"Second Chance Summer" by Morgan Matson (I'm so excited for this one!)
"Where She Went" by Gayle Foreman (Signed)
"The Disenchantments" by Nina LaCour (Signed)
"Anna and the French Kiss" by Stephanie Perkins (Signed)
"The Unbecoming of Mara Dyer" by Michelle Hodkin (Signed)
"Before I Fall" by Lauren Oliver (Signed)

Today I'm feeling the urge to talk a bit about a little known (hehe...) TV show from the 90's. It's one that I spent countless hours obsessing about and swearing that it was the best thing to ever be created!  Now that I'm not in my teens and have re-watched it with fresh eyes, I can see all the cheesiness that I missed before, but I still can't help loving it just the same :0) 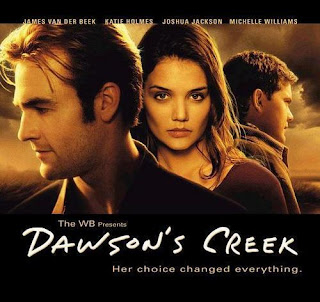 *Pacey (played by Joshua Jackson). I love everything about his character. I don't even care that he was stupid enough to sleep with his teacher, because poor, misguided Pacey can never unearn my love!

*Back in it's day, Dawson's Creek was my go to place to find awesome music, and re-watching it now is kind of like finding an old friend. There are so many songs that I had simply forgotten that I loved back in high school.

*Fake College! I know it's super cliche for a show to create a fake college, so that everyone ends up in the same place after high school, but I just don't care. The show would have been awful if all of the characters got seperated and weren't able to hang out and ruin each others lives.

*Jack (Played by Kerr Smith). He was one of my favorite characters, second only to Pacey. It was especially awesome once him and Pacey became roomates :0)


Phew! Thanks for sticking through all of that! What did you guys get this week?!? Are any of you still Dawson's Creek fans?!?﻿