Cover Reveal: The Summer I Became A Nerd by Leah Rae Miller!

I am totally loving the cover for Leah Rae Miller's 2013 Debut, The Summer I Became A Nerd! And I'm really excited to be participating in the cover reveal today, for Entangled Teen! I'm totally on board with story about a popular girl embracing her nerdy side and this cover is so bright and fun. I hope you guys like it :0)


The Summer I Became a Nerd by Leah Rae Miller
Release Date: May 7th, 2013 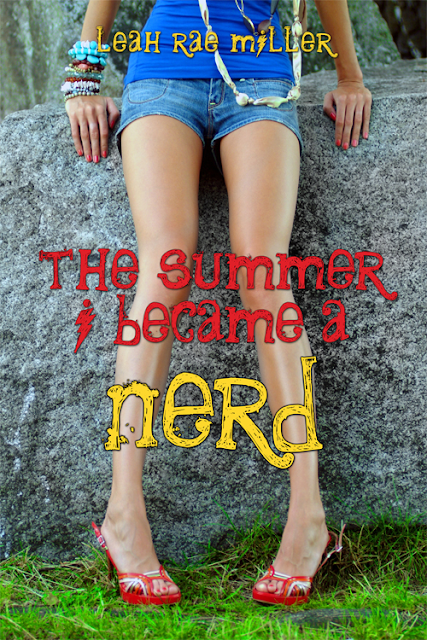 On the outside, seventeen-year-old Madelyne Summers looks like your typical blond cheerleader—perky, popular, and dating the star quarterback. But inside, Maddie spends more time agonizing over what will happen in the next issue of her favorite comic book than planning pep rallies with her squad. That she’s a nerd hiding in a popular girl's body isn’t just unknown, it's anti-known. And she needs to keep it that way.
Summer is the only time Maddie lets her real self out to play, but when she slips up and the adorkable guy behind the local comic shop’s counter uncovers her secret, she’s busted. Before she can shake a pom-pom, Maddie’s whisked into Logan’s world of comic conventions, live-action role-playing, and first-person-shooter video games. And she loves it. But the more she denies who she really is, the deeper her lies become…and the more she risks losing Logan forever.
Where to find it:
Goodreads - http://www.goodreads.com/book/show/14744489-the-summer-i-became-a-nerd
Twitter - https://twitter.com/LeahR_Miller
Website/Blog - http://leahraemillerblog.blogspot.com/
About the Author: 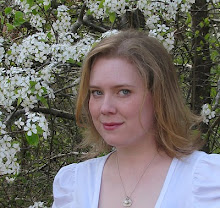 Leah Rae Miller
Born and raised in northern Louisiana, Leah Rae Miller still lives there on a windy hill with her husband and kids. She loves comic books, lava lamps, fuzzy socks, and Cherry Coke. She spends most of her days reading things she likes and writing things she hopes other people will like.
Posted by Sarah (The Book Life) at 12:01 AM