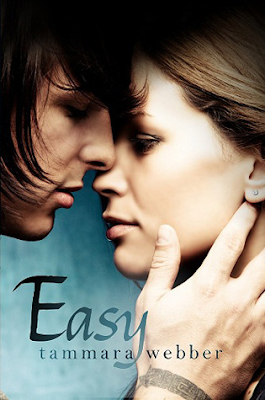 When Jacqueline follows her longtime boyfriend to the college of his choice, the last thing she expects is a breakup two months into sophomore year. After two weeks in shock, she wakes up to her new reality: she's single, attending a state university instead of a music conservatory, ignored by her former circle of friends, and failing a class for the first time in her life.

Leaving a party alone, Jacqueline is assaulted by her ex's frat brother. Rescued by a stranger who seems to be in the right place at the right time, she wants nothing more than to forget the attack and that night--but her savior, Lucas, sits on the back row of her econ class, sketching in a notebook and staring at her. Her friends nominate him to be the perfect rebound.

When her attacker turns stalker, Jacqueline has a choice: crumple in defeat or learn to fight back. Lucas remains protective, but he's hiding secrets of his own. Suddenly appearances are everything, and knowing who to trust is anything but easy.

I had actually had this sitting in my Nook for quite some time and I just never got around to starting it. Then I kept seeing rave after rave popping up about it and my interest was re-piqued. I can't belive I waited so long to read this gem of a novel. I guess it technically falls in the New Adult category and I like that the characters are a little older and further along in their lives. We also get some serious sexual tension and when the sexytimes happen, boy are they steamy!

I really liked Jacqueline as a main character. Considering what happens to her in the beginning of the book and what she was dealing with prior to that, she could have been really whiny and all around unlikable, but despite some serious moping, in the beginning, over her break-up, I thought Jacqueline rallied quite well. I don't agree with the decision she made to not report the attack, but not having ever been in a similar situation I can't really speak to experience on that one.

Lucas is a freaking knight in bad-boy armor. That boy has all of the things that make me swoon. He's tough, smart, witty, sarcastic, and he respects women. Total package, ladies and gentleman. I loved the back and forth between him and Jacqueline. The chemistry was amazing and I was desperately turning the pages to see where it all was going to lead.

I absolutely recommend this, just not really for the younger teens, because it does have some adult stuff going on in it. Still, it's such a great story all around and now that I've got a paperback copy, it will live happily on my shelf.