Hey guys! Today I'm excited to be a stop of the Reaction blog tour! This book, along with it's predecessor, Reflection, are so unique and such cool reads! There is a pretty awesome giveaway going on for the tour, as well! Check below for the synopsis for both books, a little about Jessica Roberts, and my review of Reaction :0) 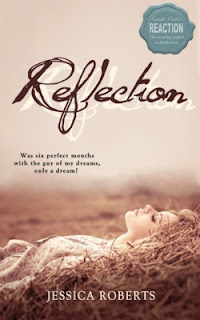 Bright, spunky Heather Robbins has escaped her small hometown and is anxiously beginning her freshman year of college. Rising above her rocky childhood, she’s found a place where good things are finally starting to happen: her own private apartment, refreshing college classes, and an intense attachment to a mysterious and rugged classmate, Nick Richards.

But when her dreamy college life turns out to be nothing more than a wonderful dream while resting in a coma, questions threaten.

Now, Heather must press forward to unlock the real past, and find the answers buried deep in her mind. What she unlocks instead is a roller coaster ride through flashbacks, embellished memories, and a whirlwind romance.

And when it’s all over and she comes face to face with the truth, will she lose everything she’s fallen in love with?
http://www.goodreads.com/book/show/13504524-reflection
Reaction: Reflection #2
By Jessica Roberts
Release Date: November 6, 2012
Book Description: (Spoilers if you haven't read Reflection!) 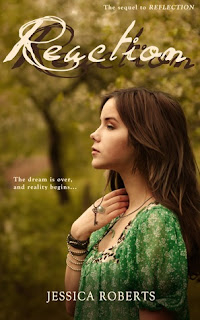 Harmony…
I’ve previously had that in my life, but only once, briefly, a while ago.  It was during the time I’d started my first year of college.  My own apartment, a new old car, and a life free of deadbeat stepfathers, all of which was fulfilling enough.  But if it wasn’t, I also had a best friend, soul mate, and boyfriend all in one.  Yes, life was near perfect.
But one stormy night can change everything…
For many months I rested in a prolonged sleep, fighting for my life.  Well, more than fighting for it, also dreaming of it.  Dreaming of him.  Thank goodness, the dream is over and I’m back in the real world now.  And all I want is for everything to return to the way it was.  But nothing’s the same; most of all, us.
Once again, I find myself at the crossroads of a ruthless battle, this time not for life, but love.  Do I fight for the guy I twice fell for, or do I let her take him away?
http://www.goodreads.com/book/show/16075522-reaction 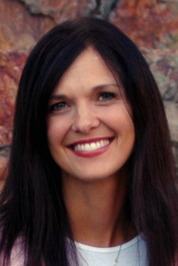 JESSICA ROBERTS grew up in the San Francisco, California Bay Area where she spent most of her time playing sports alongside her six siblings. She was crowned Miss Teen California her senior year of high school, and went on to Brigham Young University where she graduated in Human Development. Her love of family, church, writing, athletics, and singing and dancing keeps her life busy and fulfilled. She currently resides in Utah with her husband and three children.

In the first book, Reflection, Heather told the story mostly through relived memories she dreamt while in her coma. In Reaction, we are with Heather in the present and things are a lot messier and emotionally straining in the real world. There is no denying that Heather has more than her fair share of crap thrown at her in her lifetime, so even though she woke up from her coma only to find out that the man she loves is getting married to another woman, I knew that she would be able to pull through whatever happened in the end.

I felt so bad for Heather, not just because of the loss of Nick, but because even though she was alive and in the real world again, she was still having lingering issues from the coma. I can't imagine finding out that things you were seeing and doing, were never actually real. Heather keeps on ticking, though, and I'm so glad about that part of her. I definitely couldn't have been on board with a main character, who survives a serious accident/coma, not trying to roll with things as best she can and doing whatever it takes to try and move forward with her life.Of course, Nick this time around was driving me absolutely crazy. To some extent I get where he was coming from, but for the most part his excuses just seemed like lame cop outs to me. The circumstances for Nick and Heather supercede any kind of polite society etiquette. Love of your life waking from a coma after 3 years wins, hands down, always, and I didn't appreciate him trying to make everything so dang difficult. On the other hand, him being a big jerk some of the book did help Heather get up the nerve to do some things she really needed to do. So yeah, Nick was kind of an idiot, but I won't hold it against him completely.

I honestly didn't have any clue which way the story was going to end. She could have done happily ever after just as easily as ending the story with Heather truly moving on and learning to take care of herself. I think I would have been satisfied with either ending. I'm thrilled that Jessica Roberts decided to add in an epilogue. I absolutely love them and wish all stories had them. Who doesn't want to know how things end up a couple years down the road? It gives just a little something extra and makes me feel like I can really see that these characters are going to be okay. I think I liked Reaction better than Reflection, partly because it had so much more emotion, and partly because for the first time in a while I didn't have a clear choice for how I wanted things to end. Well done :0)


And don't forget to check below for the excellent giveaway!!
a Rafflecopter giveaway
Posted by Sarah (The Book Life) at 12:01 AM