"Someone Else's Life" by Katie Dale 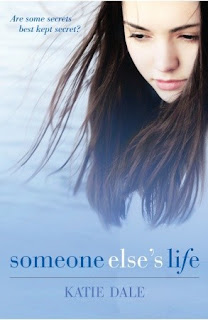 When seventeen-year-old Rosie’s mother, Trudie, dies from Huntington’s Disease, her pain is intensified by the knowledge that she has a fifty-per-cent chance of inheriting the crippling disease herself. Only when she tells her mum’s best friend, ‘Aunt Sarah’ that she is going to test for the disease does Sarah, a midwife, reveal that Trudie was not her biological mother after all... Devastated, Rosie decides to trace her real mother, hitching along on her ex-boyfriend’s GAP year to follow her to Los Angeles. But all does not go to plan, and as Rosie discovers yet more of her family's deeply-buried secrets and lies, she is left with an agonising decision of her own - one which will be the most heart-breaking and far-reaching of all...

This book ended up being so different than what I was expecting. It was emotional, infuriating, complex and hopeful. I can't imagine being a teenager who has just lost her mother to a horrible disease, it's all so tragic. Even worse, shortly after a close family friend informs her that she was switched at birth and the mother she just lost, wasn't actually her mother at all. I was honestly surprised by Rosie's choice of action. I think that I would have locked myself in the house and refused to speak to anyone, let alone the people who knew about it all along. Rosie decides to search out her birth mother and find the life she was supposed to have. I feel like her choice was misguided, but then again when you are wrapped up in so many life-changing events, you don't always make the best decisions.

Rosie's ex-boyfriend Andy is the voice of reason here. He doesn't think it's a good idea for her to act so quickly on this, he thinks she needs time to get over her mother dying before taking on something so huge. Of course, he still cares for Rosie and wants her to be happy. He helps her search for her birth mother, while urging her to take things slowly. It's been 18 years and this woman wasn't planning on keeping her in the first place. He thinks he's convinced her to hold back and doesn't realize that she only wants to tag along with him to L.A., because she's found her. Rosie reacts like any teenager would if they found out their birth mother was a famous actress. This is the point where the story starts to build it's complexity and starts turning into a whole new story.

There were so many great characters in this book. The family and friends Rosie has always had and the new family she ends up finding, all bring so much to this heartfelt story. There is dysfunction, fighting and horrible truths, but there is also happiness, hope and so much love. I'll admit, this one made me cry and I am a fan of books that get me emotional. When a story can effect me in that way, I know the author is doing something right. There are so many more things I would love to say about this book, but I don't want to give anything away, because all of it is so much better if you are finding it out for yourself. This is a wonderful novel and I definitely recommend it to anyone looking for a great story full of families and heart.
Posted by Sarah (The Book Life) at 11:58 AM