Revelations is almost upon us and I, for one, am so excited for this next step in Evie's journey to be out in the world! 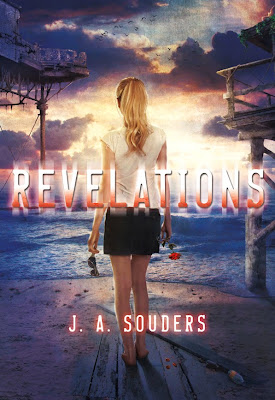 Six weeks after her arrival on the Surface, Evelyn Winters is no closer to unlocking the memories lost in her subconscious than she was when she first came. Isolated in a strange new society, Evie has only Gavin Hunter to remind her of who she once was.

But even with a clean slate, it’s easy to see that Evie doesn’t fit in on the Surface. And as her differences make her feel more and more alone, she can’t help but yearn for that place she doesn’t remember: the isolated city hidden in the depths of the ocean. Elysium. Home.

But she can’t exactly tell Gavin what she’s feeling. Not when he’s the one who helped her escape Elysium in the first place, and has the scars to prove it. Though the doctors say otherwise, Gavin believes that Evie just needs time. And if her memories don’t come back, well, maybe she’s better off not remembering her past.

But the decision may be out of their hands when Evie’s ever-elusive memories begin to collide with reality. People and images from her past appear in the most unlikely places, haunting her, provoking her…and making her seem not only strange but dangerous.

Evie and Gavin can’t wait around for her memories to return. They’ll have to journey across the Outlands of the Surface to find help, and in the end, their search may just lead them back to the place it all started…

I absolutely adored Renegade, it's a book that I've been fangirling over quite a bit since I read it last year, so I was incredibly excited to start in on Revelations. And to be honest, I was also a little bit nervous, because we all know the second book in a trilogy can sometimes be a little disappointing. And while the beginning of Revelations was a little slow to start for me, once it picked up it took off and went all kinds of places I never would have expected.

In the beginning we are with Evie and Gavin in his village, and while it was nice to get some background on Gavin and where he's from, other than Evie's "episodes" nothing really happens while we are there. Once Evie, Gavin, and his former best friend Asher hit the Outlands to get Evie to a better doctor, that's when things really start to get crazy.

I really liked the dynamic between the three of them once the started on their journey. Gavin does not like Asher because of something that happened in their past and he isn't afraid to be vocal about it, while Asher just kind of goes with the flow, never really instigating, he's mostly a happy, carefree guy. Evie is a little lost this time around, because things are happening to her that she can't explain, not to mention, she doesn't remember her life before she came to the Surface and Gavin isn't telling.

The characters stumble across some scary stuff while they are making their way to the city and not all of them are beasts. The way that J.A. Souders builds this new world, which is so different from the underwater confines of Elysium, is just as effective. This isn't the Earth that we are used to, wars have made sure of that, but it's enough like it that it becomes that much scarier.

There are so many secrets between all of the characters in this story and every time more are revealed it just gives you something else to gasp about. J.A. Souders has built an excellent framework of characters and two creepy worlds, where you never know what is around the next corner and you can never be sure anyone is quite who they are supposed to be. I really enjoyed this second book and I am eagerly awaiting book three. Especially considering what we find out near the end of Revelations! I can't wait to see what happens next! 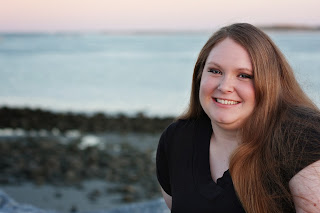 J.A. SOUDERS is the author of the Elysium Chronicles and lives in the land of sunshine and palm trees with her husband and two children where she spends her time writing about the monsters under the bed, day dreaming about living in an underwater colony, and failing miserably at playing video games.

Revelations Giveaway (All US Only!)

Grand Prize- 1 Signed set of Renegade and Revelations, 1 scrabble tile pendant with covers of both books, and a $25 gift card to Amazon or B&N!

Second Place- 1 Signed set of Renegade and Revelations and 1 set of scrabble tile pendants with covers of both books.