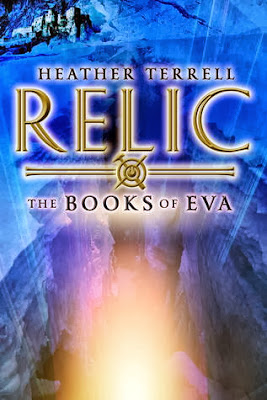 For fans of Game of Thrones and The Hunger Games: high fantasy and dystopia meet in this high-stakes tale of a civilization built on lies and the girl who single-handedly brings it down.

When Eva’s twin brother, Eamon, falls to his death just a few months before he is due to participate in The Testing, no one expects Eva to take his place. She’s a Maiden, slated for embroidery classes, curtseys, and soon a prestigious marriage befitting the daughter of an Aerie ruler. But Eva insists on honoring her brother by becoming a Testor. After all, she wouldn’t be the first Maiden to Test, just the first in 150 years.

Eva knows the Testing is no dance class. Gallant Testors train for their entire lives to search icy wastelands for Relics: artifacts of the corrupt civilization that existed before The Healing drowned the world. Out in the Boundary Lands, Eva must rely on every moment of the lightning-quick training she received from Lukas—her servant, a Boundary native, and her closest friend now that Eamon is gone.

But there are threats in The Testing beyond what Lukas could have prepared her for. And no one could have imagined the danger Eva unleashes when she discovers a Relic that shakes the Aerie to its core.
I'm torn on this one. There were definitely things about it I enjoyed, and my desire to find out which direction things went for Eva kept me turning the pages, but there were some things that took me out of the story. I appreciate what the author was doing by putting elements of our world's technology into this new world, where things have regressed majorly, but every time they spoke of their perception of these items in the past it was a little too silly for me.


However, The Testing itself was quite intriguing. I like the idea of traveling out into the unknown parts of their world and searching for artifacts, or relics, from the old world. I also thought it was quite clever that it was a few young people from their society that commit to do this testing, as a way of competing for the spot as one of the next leaders of their people. Another interesting part was that they each wrote chronicles for each relic they found, creating the story behind the artifact, so that they can learn about the past and not repeat the mistakes.

Overall I did enjoy the story and the small twist at the end has definitely gotten me curious about where things are going to go from here. I also have some serious suspicions about a particular character. Despite a few gripes, the story was interesting enough that I think I will most likely read the next book once it's available.
And now for the good stuff! I'm giving you all the chance to win a copy of Relic: The Books of Eva and a matching Tote bag! 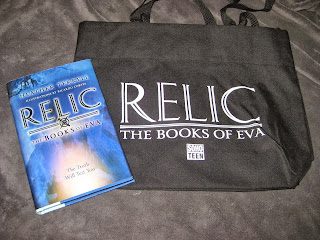 
a Rafflecopter giveaway
RELIC REVEALED SWEEPSTAKES courtesy of Soho Teen!
And for just a little more awesome, Soho Teen has got a big sweepstakes going on for Relic. Head on over to RelicTheBook.com to check out Chronicle, a free e-book prequel to Relic and get all the details for the RELIC REVEALED Sweepstakes! You have until November 5th to enter for your chance to win a tablet device! 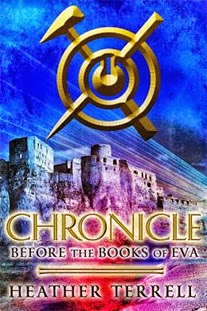 Each year, the finest Gallants in New North embark on the Testing, a harrowing rite of passage through the frozen wastelands to recover Relics, artifacts from the evil time before the Healing. About these Relics the Testors construct their Chronicles, illustrating mankind’s depravity, his Vanity, his love of Tech, his sins too numerous to count. All true Chronicles are collected and made part of the Lex’s Holy Truths, year by year.

The Chronicle. Nothing is more vital to the resolve of the inhabitants of the New North, the last inhabitants of an Earth flooded by the Healing. But not all Chronicles are deemed True. And not all Testors are Gallants. One year there was a Maiden, Madeline, the first but not the last. Braving the perils of the Testing, she discovered a Relic that, if Chronicled, would be the New North’s downfall...
Posted by Sarah (The Book Life) at 9:00 AM