Blog Tour: The Rule of Thirds by Chantel Guertin!

Hey guys! Thanks for popping in to my stop on The Rule of Thirds blog tour! A story about a girl who loves photography, her best friend, and adorable boys :0) 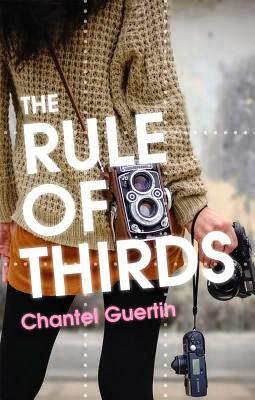 The Rule Of Thirds
By: Chantel Guertin
Release date: October 1st, 2013
Publisher: ECW Press
Goodreads
Sixteen-year-old Pippa Greene never goes anywhere without her camera. She and her best friend/supermodel-in-training Dace long ago mapped out their life plan: Pippa will be the noted fashion photographer, and Dace the cover girl. But ever since last spring, things have changed for Pippa—and her junior year at Spalding High proves to have its own set of challenges. Not only is Vantage Point, the statewide photography competition, in three short weeks, but her mandatory volunteering placement lands her at St. Christopher’s Hospital, a place Pippa never wanted to set foot in again. With humor and pluck, she navigates her new role as a candy striper (watch out for Code Yellows), her changing relationship with her best friend (goodbye, Honesty Pact), and—perhaps most stressful of all—her new love interests (yes, love interests plural). Will Pippa make it to Vantage Point without having a panic attack? Will either one of the guys prove less sketchy than her last boyfriend? Can she and Dace figure out a way to dream big and be best friends? One thing is certain: real life is a lot more complicated than a photograph.
The Rule of Thirds is a story about Pippa Greene, she's really just a regular teenage girl with the regular teenage girl thoughts and worries. She's got a best friend who acts a little larger than life, but you just know underneath there are some major insecurities that make her behave the way she does. And of course there are adorable boys, two that have caught Pippa's eye in particular. There is Dylan, the boy that she's been crushing on forever, but she's pretty sure he doesn't really know she exists. And there's Ben, the new guy in school who shares her passion, but has something a little mysterious about him. Being somewhat of a photographer (or at least lover of taking photos) myself, I found a lot of common ground with Pippa. I didn't always agree with her decisions and I definitely wanted to shake her on occasion, but stumbling your way through life is kind of what being a teenager is all about.
Overall I enjoyed The Rule of Thirds, it was fun and entertaining, but also had some serious and sad moments. Chantel definitely did a good job of blending it altogether and for the most part I don't have any real gripes about the story, but there was one thing near the end that bugged me like no other. I won't go into it, because I don't want to spoil anything, but it was a pretty major thing that was left almost completely unresolved. Something that might be able to redeem it, though, is the fact that this book is now going to be part of a series. At the time that I read the book I didn't know that this was even a possibility, so the ending wasn't working for me. While I still wish there was a little more resolution, now that we'll get more of Pippa and her world, I'm confident it will addressed in a future book. And if another book does in fact come out, I will definitely be on board to read it :0) 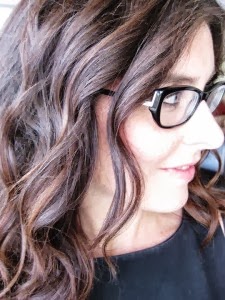 
Chantel Guertin is an author, beauty expert and magazine editor. Her first novel (written as Chantel Simmons), Stuck in Downward Dog, came out in 2007, and was a Winnipeg Free Press bestseller, a Chatelaine Best Beach Book and Book of the Month, and a Vancouver Sun Editor’s Choice. Her second novel, Love Struck, came out in 2010, and was also a bestseller in Canada.

And check out the contest Chantel is running on her tumblr, in honor of Pippa Greene's debut into the world! Clickity-click!


THE RULE OF THIRDS BLOG TOUR