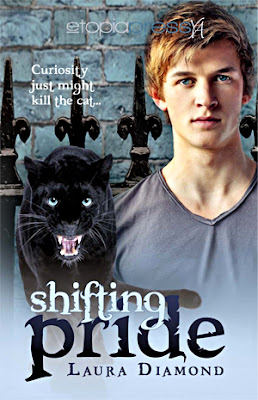 Sixteen-year-old Nickie Leone has proof that her missing (presumed dead) father is still alive. Receiving his watch in the mail is the first in a line of clues bringing her closer to discovering his whereabouts. But clues aren’t the only new thing in Nickie’s life. There’s the Memorial Banquet her mother insists she help prepare for, there’s the new kid/hottie, Xavian, and...well, the growth of whiskers and a tail!

Filled with secrets and a new love of tuna fish, Nickie must partner up with Xavian (don’t you know he’s a shapeshifter too?) to rescue her dad before she loses him forever. Oh, and she needs to figure out how to be a cat, too.


An excerpt for your viewing pleasure!
Thick, dark clouds hung low and heavy. A crisp breeze blew my hair and brought chills to my body. Forgotten leaves scraped over the sidewalk, hitching on the browning grass and wayward weeds. Only a few remained attached to their perches, too stubborn to let go of home.
I used to think of fall as the best time of year. Splashes of color painted across the rolling hills of Upstate New York, cider donuts, apple pie, and decorating for the holidays. I hated snow and ice, but I loved the excitement of Christmas. Well, before Dad disappeared. Celebrating happy things
seemed like a betrayal now.
Instead of sweeping away with the breeze—dramatic, right?—the phantom e-mail message kept flashing through my mind as I walked. Maybe I imagined it, but I’d never lost touch with reality before. Hmm, a sudden tuna addiction, imagining e-mails from Dad…maybe…I shook my head. No, this was real, and Dad was alive.
Yet I had no explanation for how the e-mail disappeared.
I crossed my arms and scuffed my shoes in the loose dirt as I passed by house after house, sculpted yard after sculpted yard. The distance did nothing. My muscles stayed tight, my jaw remained clenched. I needed help.
Who could I talk to about this? Mom? Ha. Andrew? Double ha. BFF Tiffany? Maybe. On the other hand, she’d spent the past year listening to my thoughts and feelings about Dad. I was sick of burdening her with it, and she was probably sick of hearing it. My options fizzled to non-existent in less than thirty seconds.
And don't forget to check out the prequel novella, New Pride! 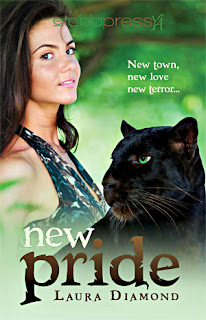 Kicked out by his alpha father for nearly exposing their secret, seventeen-year-old Richard Leone is a shape-shifter without a pride. Alone, homeless, and hungry, he forms a tenuous friendship with Derek, a power-hungry shifter from an unstable rogue pride. It’s either that, or starve. Until they encounter a gorgeous brunette, Molly, partying with friends around a campfire. Richard immediately feels a connection with her, and something about her calls to him. Almost as if she was supposed to be his mate.

But when Molly is kidnapped, Richard must take on the entire rogue pride to save her and keep his human town safe from harm. Derek offers him a deal: he’ll help Richard take on the pride to rescue Molly, but only to secure his place as alpha. And once that happens, the humans could be in even more danger… 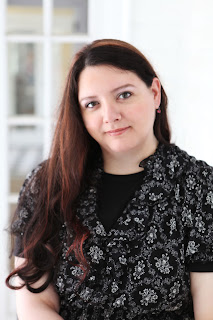 Where to buy:
Amazon l Barnes & Noble
Posted by Sarah (The Book Life) at 9:33 AM