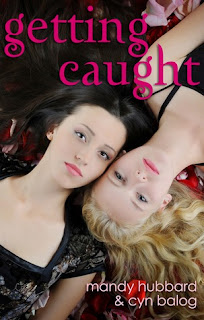 Sometimes in war, there are no winners…

Peyton Brentwood is pretty, popular, and Harvard-bound. Or so she hopes. Her only distraction from AP classes and entrance exams is the prank war with her ex-best friend, Jess Hill. Peyton is used to getting what she wants, and she’s not about to let a loser like Jess gain the upper hand.

For Jess, the prank war is an outlet, a way to get revenge on the best friend who left her behind. As if Peyton has the guts to do what it takes to win. Please. There is no way in hell Jess is going to lose this one, even if she has to hit Peyton where it hurts.


This book was really fun. I love a little harmless pranking! When I was in high school, my friends and I would play pranks on each other all of the time. It was always so much fun and often ended up being hilarious for everyone involved. Some of the pranking going on in this story reminded me of those days, although as the story moves along the girls start taking the pranks further and further. And they all learn a little bit about how far is too far.

Former best friends Peyton and Jess have been pranking each other since freshman year. It started out small, but over the years it has snowballed and they live to out do the other. The whole school is wise to the prank war, but the girls have never actually been caught. Considering they are the only two getting pranked on a regular basis, it was a little hard to the belive that the school administration hadn't caught on, but it didn't really matter because it was too much fun reading their back and forth. Both girls were pretty extreme stereotypes and it certainly affected the way their pranks played out. Jess was the loner, freak girl and was always a little more spontaneous with her prank style, while Peyton was uber meticulous and everything she did was carefully planned out in advance.

You know from the start that this war is eventually going to have to come to an end and it was a fun ride getting there. The girls had a lot to learn about friendship, communication and misunderstandings. The ending definitely has some closure and leaves you with a sense of hope. This is a quick, fun read and definitely worth picking up :0)﻿
Posted by Sarah (The Book Life) at 10:00 AM