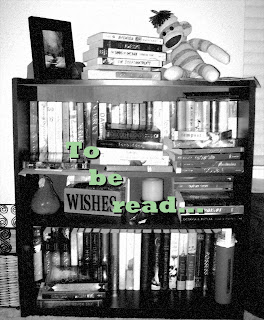 So last month I was super ambitious with my tbr and I did read a whole heap of books, but just like always, I strayed from the list a little. I did manage to read some of them I planned to, but so many other good ones showed up at my door :0)
I'm going to post a list for March, but I'm not going to be so ambitious with this list. At least that way I will have a little more wiggle room, because I know I will probably need it :0) 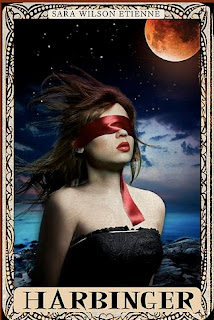 
Plagued by waking visions and nightmares, inexplicably drawn to the bones of dead animals, Faye thinks she's going crazy. Fast. Her parents beleive Holbrook Academy might just be the solution. Dr. Mordoch tells her it's the only answer. But Faye knows that something's not quite right about Dr. Mordoch and her creepy, prisonlike school for disturbed teenagers.

What's wrong with Holbrook goes beyond the Takers, sadistic guards who threaten the student body with Tasers and pepper spray; or Nurse, who doles out pills at bedtime and doses of solitary confinement when kids step out of line; or Rita, the strange girl who delivers ominous messages to Faye that never seem to make any sense. What's wrong with Holbrook begins and ends with Faye's red hands; she and her newfound friends--her Holbrook "family"--wake up every morning with their hands stained the terrible brown of dried blood. Faye has no idea what it means but fears she may be the cause.


Because despite the strangeness of Holbrook and the island on which it sits, Faye feels oddly connected to the place; she feels especially linked to the handsome Kel, who helps her unravel the mystery. There's just one problem: Faye's certain Kel's trying to kill her--and maybe the rest of the world, too. 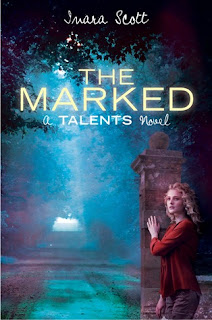 Dancia’s back at Delcroix, but this year, everything’s different. Dancia’s Talented, and her powers have earned her an invitation to join Delcroix’s real raison d’etre –the Program. Dancia’s wanted to use her powers to help people all her life — and now Delcroix is going to give her the training she needs to use her Talent for good. At least…that’s what the school saysshe’ll learn to do with her powers. Her cuter-than-cute boyfriend Cam insists that it’s true, and so do all the other students. But there’s still a little voice inside her head that wonders — if the Program’s so great, why did her almost-only-a-friend- Jack run away rather than join? And why would the school be getting attacked by angry ex-students?

Dancia’s a loyal student…and a loyal girlfriend. But if finding out what’s really going on means talking to Jack, well — it’s a risk she just might have to take.
The rest of the list:

"Unbreak My Heart" by Melissa Walker
"Where It Began" by Ann Redisch Stampler
"Dark Eyes" by William Richter
"Freshman Year & Other Unnatural Disasters" by Meredith Zeitlin
"Once" by Anna Carey
"Pretty Crooked" by Elisa Ludwig
"Me and Earl and the Dying Girl" by Jesse Andrews
"Partials" by Dan Wells
"A Million Suns" by Beth Revis
"Supergirl Mixtapes" by Meagan Brothers
"Chopsticks" by Jessica Anthony & Rodrigo Corral
"Awkward" by Marni Bates
"Article 5" by Kristen Simmons
"Born Wicked" by Jessica Spotswood
Posted by Sarah (The Book Life) at 4:11 AM