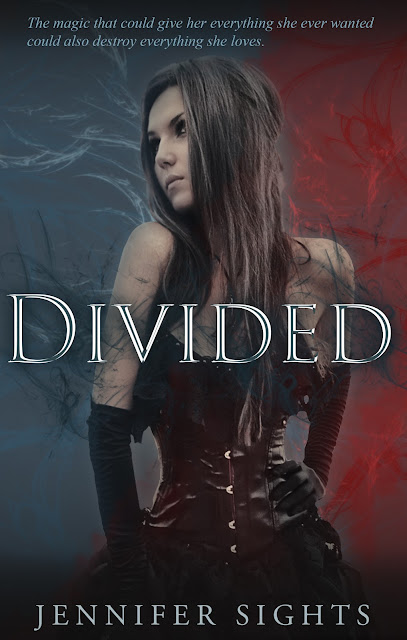 During a routine case, private investigator Elena Ronen meets and falls in love with Vittorio Santini, member of a secret coven, and a kiss awakens her dormant magical powers. Because Elena wields an extremely powerful form of magic, she struggles to convince her enemies she has no desire to take over the coven. When loyalties are questioned, and Elena can no longer tell friend from foe, she must prove she wants nothing more than to live her life quietly. When this wish falls on deaf ears, Elena and Vittorio must work together to defeat their enemies as they try to save their love, their lives, and the lives of those they care about.


Elena Ronen is a private investigator. After a rough childhood, she wants nothing more than to be left alone while trying to erase the pain of her past. In rare moments in which she's honest with herself, she wouldn't mind having something to come home to at night.


Vittorio Santini is second in command of the local, secret, coven. He moved to St. Louis from Italy as a young adult, and is content with his playboy lifestyle. He doesn't want any more power than he already has, but would do anything to protect his coven.


Jennifer Sights has been writing since she was a kid, but veered off track for college and a more traditional office job. She lives in St. Louis, MO, with her husband, John, and their two dogs, Tiberius and Emmy. When she isn't writing or reading she loves hiking, riding her motorcycle, traveling, and volunteering at the local animal shelter. She loves to hear from readers. You can find her at www.jennifersights.com or email her at jsights@gmail.com.


“I told you, you are mistaken. No one is usurping your place in the coven, least of all a newcomer. She does not even know our ways yet,” Samuel said.

“‘Yet.’ Even you admit she is going to learn. And then what?” Elizabeth asked.

“And then if she is strong enough, she may displace you, but it will be a long time before that is even a possibility. Why don’t you stop trying to cause problems?” Samuel said, jaw clenched.

“Your friend is the one causing problems by bringing this little girl into our world. We can see what he’s doing. We know he’s just using her to secure his place in the coven,” Elizabeth said.

“Who the hell are you calling a little girl?” I would not stand by and let some stranger insult me.

“You, little girl.” Elizabeth eyed me with hatred I didn’t think possible for a person one didn’t know.

“I’d watch your mouth if I were you.” I clenched my fists at my sides.

“Or what? You can’t even control your power. We all heard about what happened.”

“Is that what you think?” I knew I was taking a risk, but it was one I was willing to take. I steadied my breathing and let my power rise up in me. I didn’t know what would happen. I had only focused on controlling how it reacted to Vittorio. I didn’t know how it would react to my anger towards these people. It rose, hot and liquid inside me.

Instinctively, I knew what to do. I let it slowly reach out toward the three arguing with Samuel, while picturing bolts of electricity in my mind. I only wanted to scare them, to prove I had control over my power. The thought that I might prove them right never crossed my mind.
Samuel took a few steps toward me, and I saw Vittorio shake his head out of the corner of my eye. I pictured lightning surrounding Elizabeth and those accompanying her, calling my power back to me only after they had cried out in pain. It came reluctantly, wanting to play with these people who had insulted me, but it returned, allowing me to push it down to wherever it was that it slept in my gut. I collapsed, and Vittorio caught me and helped me to the couch. The look of terror on their faces was well worth the energy spent.
Posted by Sarah (The Book Life) at 9:45 AM