I'm super psyched to be a stop on the Send Me a Sign blog tour! I absolutely adored this book. Sure, at it's heart, it's about a tough subject, but Tiffany Schmidt handled it with such humor, charm, and honesty. 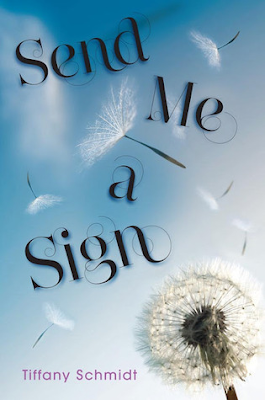