Today we've got author Karen Ann Hopkins talking about her book Temptation and how living in an Amish community helped inspire her novel!

Did you set out to write a novel that incorporated the Amish way of life, or was your writing impacted by living in an Amish neighborhood?


Living in an Amish neighborhood and witnessing the interactions between my children and the Amish kids inspired me to begin writing seriously.  Up until that point, I’d played around with a YA fantasy novel that was more of an exercise in whether I could actually create a novel, rather than an attempt to market my work. 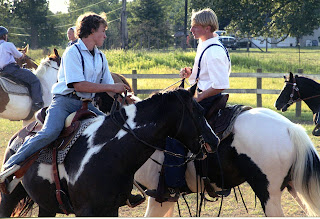 While writing Temptation, did you talk to the teens in your Amish neighborhood so you were better able to get inside your characters heads?


Soon after I moved to Kentucky, a group of eighteen or so Amish teens began coming to my farm to participate in riding events in my arena.  The youth were excited to ride their horses in a group setting and to play games on horse-back.  I quickly became close with many of the teens and they gladly told me about their Amish lives and their thoughts on being Amish.  I had a very unique situation where I was privy to information that most outsiders wouldn’t be.


Did you always aspire to be a YA author or did you start off writing in another genre?


Yes, YA has been an interest of mine ever since I was a teenager myself.  Some of my favorite stories were from the genre and even as an adult with teens of my own now, I still enjoy checking out the newest YA material on the shelves.


What is your favorite part about the writing process? Do you have any quirky writing rituals? 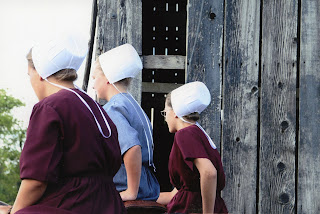 I enjoy the revision part of the process.  I can breathe a sigh of relief once the entire story is on the pages and move on to the perfection part.  It’s amazing how adding a chapter or scene after the completion can drastically alter the feel of the novel and improve it.


What made you decide to make Temptation the first in a series, instead of a standalone novel?


Temptation is a difficult story to tell and I knew it would take a few books to iron out the troubles Rose and Noah would encounter in their love affair.  A couple of Amish teens in my own neighborhood have left their families to be with outsiders.  It doesn’t happen often, but when it does, the problems it stirs up within a family and community are dire.  In both instances, these girls were shunned by their families and have almost no contact with them.  It was a hard road for each to follow, but they both seem happy with their decisions at this point.  I’ve come to the conclusion from my own observations that girls leave more frequently than the boys.


Which character’s voice stood out the most while you were writing? Is there one that was easier to write than any of the others?


Sam’s character took on a life of its own.  I was surprised how easily his personality came and decided to include his POV in the second book, Belonging.  It took two years of research and experiences with the young men in my own community to feel comfortable writing Noah’s character.  Rose was the easiest. 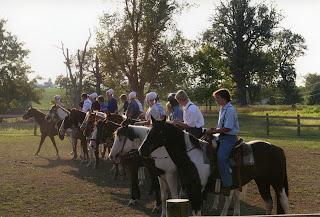 Can you give us any hints about what’s to come for Rose and Noah in future books?
Rose and Noah will have a hard time of it, but even when their love falters, fate keeps bringing them back together again.  Belonging has a grittier edge to it, showing some of the dark side of being Amish and living in an isolated community.  There is more action and opportunity for Rose to show her strong spirit.  A new character, Summer Sage, brings some of adventure into Sam’s life as well. 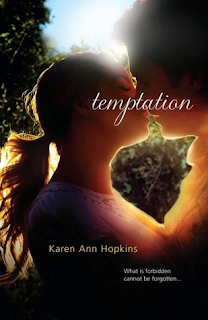 And, because Karen is so awesome and generous, she's offering up a signed copy of Temptation! And the giveaway is International! Just hit up the Rafflecopter below :0)

a Rafflecopter giveaway
Posted by Sarah (The Book Life) at 5:33 PM