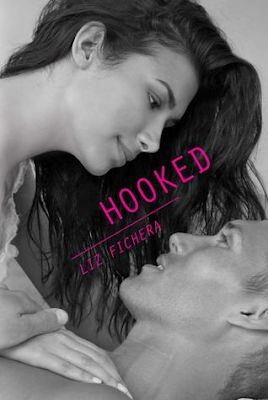 Release Date: January 31st, 2013
Publisher: Harlequin Teen
Format: ARC
When Native American Fredericka ‘Fred’ Oday is invited to become the only girl on the school’s golf team, she can’t say no. This is an opportunity to shine, win a scholarship and go to university, something no one in her family has done.

But Fred’s presence on the team isn’t exactly welcome — especially not to rich golden boy Ryan Berenger, whose best friend was kicked off the team to make a spot for Fred.

My new favorite contemporary subgenre is "Girls on boys sports teams". Miranda Keneally first won me over in this particular niche and Liz Fichera has now added herself to my list. This story was such a fun romance, but at the same time had some serious stuffed worked into. Then add in that the main character lives on an Indian reservation and you have got some seriously cool stuff going on all throughout the book. I adore Fred. She can be my best friend any day. She's such a smart girl and is killer at golf, but she's also quite modest and is more concerned about the others in her life than herself. She has a great relationship with her father, in fact he's the one who kind of introduced her to golfing in the first place. And the love between them was so clear and the pride he felt for his daughters accomplishments was a wonderful thing to read.

Ryan. Ryan, Ryan, Ryan. See, here's the thing. I didn't like Ryan at first. Not even a little bit. He was a jerk and not just to Fred. It was wholly unappealing and I wasn't sure I would ever warm up to him. As we get a little further into the story, we see that maybe Ryan is the way he is because of his environment and he's not so sure that's who he really wants to be. He did, or helped with, some pretty awful pranks on Fred and I would have totally understood her not wanting to ever give him the time of day. But as with most misunderstood male heroes, he made up for it in a lot of little ways and some pretty big ones, too. I think maybe I love him more, because at first I didn't like him at all.

I think golf was a cool sport to have as the third main character in the book. I don't think I've ever read anything that really features golf in any way, but it was a such major part of so many of these characters lives. I'll admit I am not a fan of watching golf. I am one of the many who find it terribly dull, but Liz wrote about it in such a way that I didn't find myself getting bored with it or even really thinking about that I was reading about golf, at all. Definite props to her on that one.

This is a solid contemporary with an excellent heroine and a hero you will grow to love. The reservation added some really cool culture to the story. I can't wait to read the companion to this one coming out in 2014. Grab a copy of this one as soon as you get a chance :0)
Posted by Sarah (The Book Life) at 9:21 AM